You may have thought that selecting your beautiful new puppy from the litter was difficult, but now you have another tough decision to make.
This is a decision that’s going to impact your entire life with your Husky, and determine the way that others also view them.

You need to choose a name.

Unlike humans, who are able to legally change their name later in life if they’re not happy with it, this is something that’s going to stick with your Husky forever. They have no say in whether their name is suitable or not, so it’s up to you to make this important decision.

Their name needs to reflect their personality or attributes, and be easy to call out when in public. You need to pick a name that won’t cause confusion and won’t be potentially embarrassing.

Why Some Dog Names Are Better Than Others

As you will see throughout this guide, some dog names are better than others.

The first Husky I ever had was Q, named for the fictional head of research and development in the James Bond films and books. I’d like to say that we named our Husky this because of his intelligence and wit, but that isn’t the case – we simply liked the character in the movie! 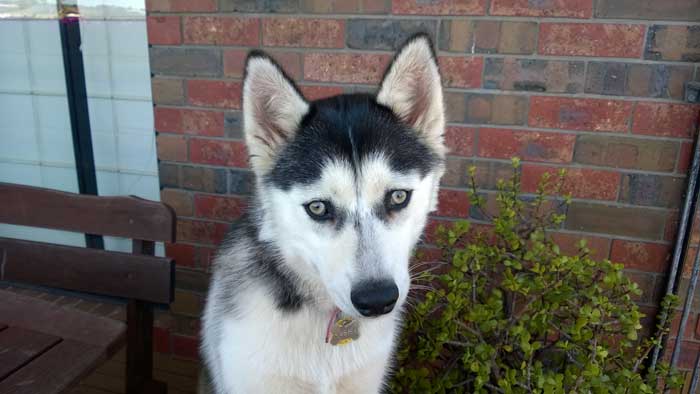 It wasn’t until we started trying to train our Husky puppy that we realized how bad a choice that name was.

Trying to shout out ‘Q!’ to get our Husky’s attention isn’t ideal.

One syllable words that closely rhyme with a lot of commonly used words (Q rhymes with you, two, too, etc.) make it difficult for a dog to accurately identify when you’re addressing him.

As for Sasha, we learned from our previous mistake and chose a name that was easy to say and easy for her to recognize (two-syllable names are a great choice).

As you can see, there are no strict rules for naming your Husky.

If you like a particular name and think that it suits your Husky, then you should go for it.

Just be aware that some names could become problematic if you don’t think about it carefully enough.

Below is a list of names that may suit your new Husky puppy, based on attributes, pop culture names, and mythology.

Names for Huskies Based on Physical Attributes

If your Husky is all-white or very light in color, the following names might be worth considering: 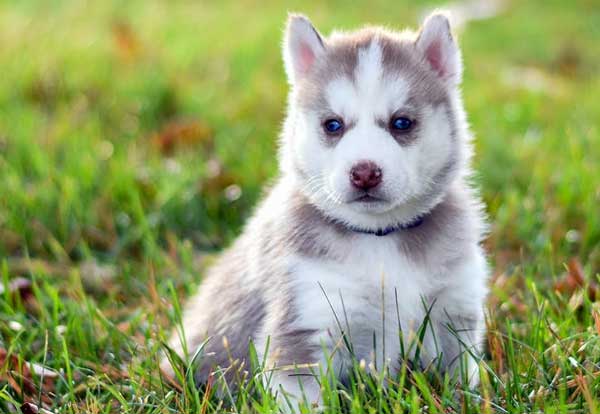 Or if they have darker fur, or their fur has a more reddish tinge, then these names might be better:

There’s no mistaking which dog is yours with a name like that. 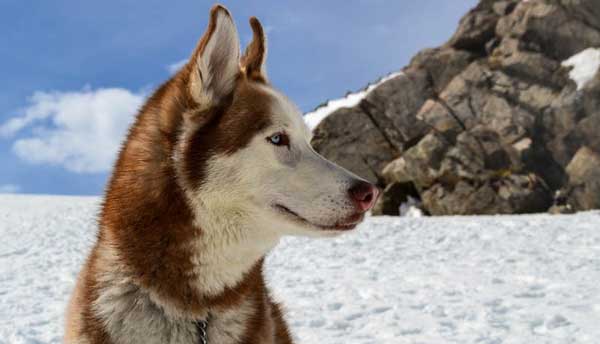 It might not seem like much, but having a name that matches the look of your Husky makes the name seem to fit better.

Names for Huskies based on Other Attributes

Your puppy might have a lot of energy, and you might want to choose a name that reflects that:

Or maybe you want to choose a name that suits their big personality:

A Husky’s personality starts shining very early, so the personality you see in your Husky puppy is highly likely to stick.

Inuit or Alaskan Names for Huskies

Huskies originated in Siberia (as the name Siberian Husky suggests) and later came to Alaska.

There are a lot of names that come from these roots. Why not see if one of these unusual and exotic names suit your pup?

Not only will your Husky have a name different from all of the other dogs out there, but it will have a name that goes back to its original heritage. 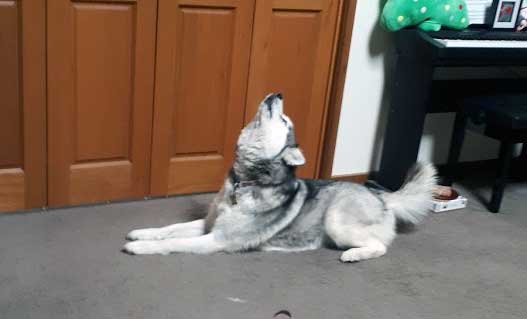 While images of Huskies don’t immediately come to mind when you think of Greek Gods, there are a lot of people who name their dogs according to powerful characters with mythological origins.

A lot of these names can easily suit the nature of your Husky.

Have a look at the list below and see if you can find a perfect match to suit the attributes of your Husky.

You might be a bit of a movie buff, or like to reference pop culture. So it makes sense that you would want to name your Husky something that relates to this theme.

There are plenty of fantastic names out there, whether they come from film, television, books or theatre.

Many Husky owners who are fans of Game of Thones have named their Huskies based on one of the characters.

If you see a bit of wolf in your Husky and you’re a Game of Thrones fan, maybe one of the names of the Direwolves would fit:

There are countless names you can choose from a massive number of shows and movies, so have a think about characters that jump to your mind. Quite often, those are the best choices as those characters probably mean something to you.

Here are some more interesting character names that perfectly fit a Husky:

There have been several famous Huskies throughout history that may provide some inspiration when choosing a name for your new puppy.

Throughout history, there have been names that have dropped in popularity or been avoided completely because of negative connotations.

You will hardly ever hear of newborn children being named after murderous dictators – when they are, there is usually quite an uproar. For example, it should be no surprise that the name Adolf has died off.

Likewise, there are some names you should consider avoiding when naming your puppy, although the reasons for this are a lot less controversial.

Here are some tips for choosing an appropriate name.

Keep it simple: when you’re calling out to your Husky, you don’t want to be dealing with difficult names that have a lot of syllables or that are hard to say fast.

You want to be able to get their attention straight away. If you have to spend a lot of time saying their name, it will take longer to get the message across to them.

It might not seem like much, but trying to shout a two-syllable name compared to a four-syllable name in a hurry quickly becomes a big difference.

For example, calling your Husky ‘Grey’ wouldn’t be a good idea because the word ‘grey’ rhymes with so many everyday words- today, hey, stay, play, etc.

You want your Husky to single out their name from other words when you are speaking to them.

Having a distinct-sounding name makes it easier for your Husky to recognize.

Avoid overly common names: these names can change quite often, according to the current fashion, just like with human names. But if you can, try to avoid calling your Husky a name that lots of other dogs might have.

This will make things a lot easier for you if you are out and need to call your Husky back to you. You only want your dog to respond to you, not several others!

Avoid common people names: while we don’t have any friends or family named Sasha, it could be awkward if we did. Not many people will be thrilled to hear that they share their name with your dog.

Avoid potentially embarrassing names: I think this goes without saying. Avoid the embarrassment to your Husky and yourself by sticking with a name that won’t make you cringe.

There are plenty of people who have dealt with years of teasing at school for their names. While your Husky won’t care if you call them Fluffy, you might get a few weird looks for your choice.